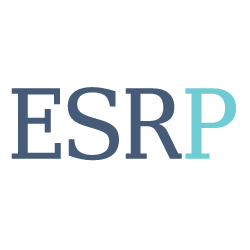 The age of the connected car will bring new safety, comfort — and threats

“Interviews with staff members at 18 MPOs provide a first look at how MPOs are using their new role under the MAP-21 legislation to support safe…” Source: http://www.saferoutesinfo.org/about-us/newsroom/mpo-report-2013By: Safe Routes to School (SRTS)

Rise in pedestrian deaths may be due to texting while walking

“The controversial measures would mean millions of petrol and diesel cars being forbidden. Only electric vehicles and ultra-efficient hybrid cars would be allowed on UK roads under the Lib Dem plans.” Source: http://www.telegraph.co.uk/news/politics/liberaldemocrats/10224801/Lib-Dems-ban-petrol-and-diesel-cars-from-UK-roads-by-2040.htmlBy: Peter Dominiczak

(Source: US DOT / NHTSA) In 2011, 4,432 pedestrians were killed and an estimated 69,000 were injured in traffic crashes in the United States. On average, a pedestrian was killed every two hours and injured every eight minutes in traffic crashes. http://www-nrd.nhtsa.dot.gov/Pubs/811748.pdf

The Future of Transportation: Own an EV, Get Access to an SUV

http://www.theatlantic.com/technology/archive/2013/07/the-future-of-transportation-own-an-ev-get-access-to-an-suv/278187/ “The future of the car could well be small, cheap-to-operate electric vehicles for the workaday commute and a sports car or SUV whenever you want one.”